Over the weekends (September 27-28) everyone who happened to be in Calgary had the chance to be part of Doors Open YYC 2014.

It was the third annual Doors Open YYC and this year it was my first time to choose among the thirty-three sites participating in the event. 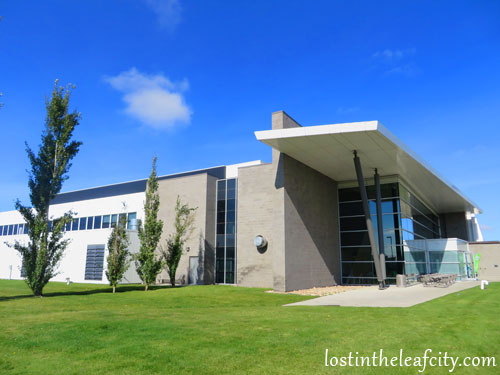 So what is Doors Open YYC?

Participating sites will allow the public to access the “personnel only” area. And some buildings where no tourist will ever wander (getting lost is not an excuse) were open to the public, lost or not.

First on the list: Art Smith Aero Centre for Training and Technology (ACTT)

I had six doors open YYC sites on my phone’s notes. But I only made it to one: Art Smith Aero Centre flew its way to the top of the list. I’ve read on Twitter #doyyc that the centre is a must see for kids and grown-ups.

Reviews hardly let me down. 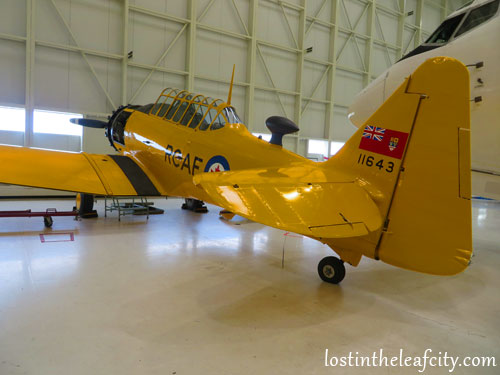 I didn’t picture myself of becoming a pilot when I was watching “The Jetsons” but I’ll choose to be an aircraft maintenance engineer if I had to choose between flying and fixing. 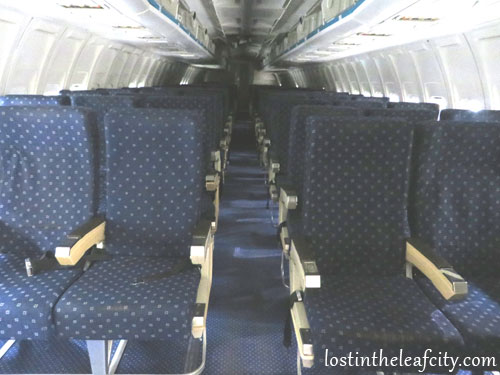 Would you agree with me if I say that going inside an airplane triggers the adventure adrenaline. But it’s a different feeling if your getting in through the stairs. As if you’re boarding a private plane, heading to private destination in the middle of Caribbean Sea.

(Well it’s just the effect of watching too much cartoons . . . too much imagination.)

The problem with huge subject in photography is fitting its every part in the frame. And Boeing 737 gave me such problem that I had to choose between the head, tail, and fuselage.

Why do I have to choose when there’s so much storage in the digicam.

“The 737 series is the best selling jet airliner in history.” No wonder I hear or read about Boeing 737 more often than any other planes. (In fact it’s the only one I can think of if I’m ask in a quiz show about aviation. And let’s not forget the Wright Brothers.)

If had trouble taking pictures of Boeing 737, it’s the contrary when it comes to helicopters with its body probably smaller than the cockpit of Boeing.

Just by staring at the little mode of transportation, I can say that anybody can learn how to become a pilot. Can anybody buy this seemingly toys for the brave able to face the strong wind, angry thunder, and other unpredictable forces of nature?

(With such negativity, no wonder, I can`t become a pilot.)

Not only the outside looks sleek but also the seats. Its probably made of suede. But there’s not much room inside to stretch your legs. The arm will have its way (and maybe miss to hit someone’s face).

At the end of the photo shoot, the digicam is stuffed with photos. And the wanderlust has an empty stomach.

The solution: free lunch or snack depending of what time you decided to leave until you remember that there was a free hotdog and soda at the cafeteria.

Thanks to the staff who made sure that visitors are well informed of the freebies and the rules.

How to Get There

From Whitehorn (C-Train) take Bus 57 towards McCall Way (Stop ID: 7580). It will take 12 minutes and 15 stops. Once you pass by the Aero Space Museum of Calgary (left side), soon you’ll see the sign Art Smith Aero Centre to your right side.

It was a great experience for my first Doors Open YYC. Next year I’ll drag my friends with me. And I’ll make sure to plan the trip.

Calgary Tower. Calgary Stampede. Aerospace Museum of Calgary. And so much more.

If you missed Doors Open YYC and can’t wait for the next year to see SAIT Aviation – Art Smith Aero Centre, you can have a look at the stunning #doyyc photos of Neil Zeller.

Next year, let’s challenge ourselves to see more of Calgary! Thank you to all the awesome volunteers of Doors Open YYC 2014. Till next time!

How about you, what are the sites you visited over the weekends? Did you have the trouble of fitting all the sites for two days?

« How To Apply As Caregiver In Canada From The Philippines (Part 2)
Travel Hack: List Of C-Train Stations In Calgary With Addresses »

This site uses Akismet to reduce spam. Learn how your comment data is processed.